As April approached during our daughter’s last year before Kindergarten, my husband and I began the same process many Montessori preschool parents engage in every Spring: making the decision about where she would go for Kindergarten. We loved the Montessori preschool, and had really seen our daughter thrive there for the past two years. And we knew the mantra about kids in the program ‘leaping’ in their learning during their third year. On the other hand, when we moved to Redding, we researched potential schools for our kids, and chose our house based upon where we intended them to attend school – a wonderful charter school that really seemed to cater to our daughter’s personality and to specific curricular offerings that were important to me and my husband. 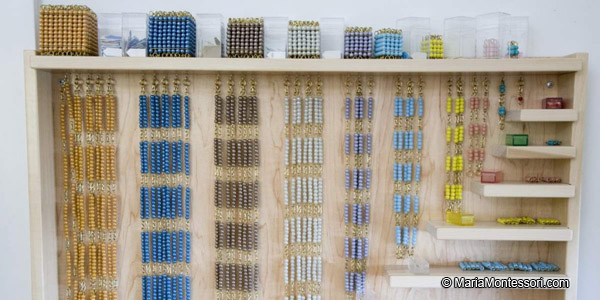 When we thought about our daughter’s progress at Montessori in particular, we discussed how much progress she had already made – we were amazed by her burgeoning math skills, her beginning writing, her ability to select work and focus…we thought perhaps the ‘third year leap’ was something she was already experiencing. She had been so prolific and learned so many new and diverse things, how much more could she grow in the following year?

We decided to go through the lottery process at the charter school and make a decision later, if we were successful in securing her a spot. As it turned out, we were not successful. I was surprised at what a relief that was! We were please that she could continue to hone her skills and talents in her own time, according to when she was ready, both in terms of interest and development. We appreciated that she would be able to develop more ability to concentrate on her work over ever longer periods of time, and that she would learn to be responsible for progressing through her own education – that she would learn that her rewards (learning new information, skills, etc.) would be a direct result of the effort she decided to invest.

Fast forwarding to the beginning of her Kindergarten year at Shady Oaks, my husband and I were blown away at the changes we observed in her. We thought she had been ‘leaping’ in her learning the year before – she hadn’t even begun!! She went from writing her name and the names of a few items around to developing whole sentences, and then stories, in a matter of a couple of months. From reading a handful of words in beginning reader books and signs around town, she suddenly (within a period of a few weeks) moved on to reading whole stories by herself – and within a couple of months, again, she progressed to books several levels above what we have expected from a traditional 1st grader! She’s moved from adding single digits together to delving into large addition, subtraction, and multiplication – we’re not even sure what work she’s doing in the classroom that relates to this (she doesn’t tell us a whole lot about what she does); it just comes up at the dinner table or while we’re baking together. And, being a Kindergartner this year, she is really getting the opportunity to explore her leadership skills. It’s been wonderful to watch her give lessons to the ‘new friends’ in the classroom, or hear about things the younger children are working on that she can sit near and watch, while she does her own work, and help with if they’re struggling with something. A great side-benefit to that, she’s become extraordinarily helpful in the same way with her little brother at home as well.

In November of her Kindergarten year, we received a phone call from the charter school that there was an opening for her for immediate placement. My husband and I struggled with the thought at that point. We were really starting to see our daughter leap at Montessori, and we knew how much we and she both valued her self- direction, independence in learning, and the benefits of the multi-age classroom. Still, we had been invested in the idea of this charter school, and it was difficult to just let go of that. We decided to observe the classroom she would be placed to make the best-informed decision we could.

That morning, we talked to our daughter briefly about the task before us. We wanted to know what her thoughts and opinions about this were and let her know we valued her input, though we were careful to explain that this was a decision that we were ultimately going to be making based on our assessment of the options. She asked what some of the differences would be. We talked about the whole class doing the same work at the same time. We explained that she would be required to stay in her seat, and raise her hand if she wanted to ask a question or needed to get up for a drink or to go to the bathroom. She looked at us like we had sprouted horns.

What if I want to do reading and someone else wants to do writing? Well, that’s not how other classrooms work – you’ll have to read when the class is reading, and write when the class is writing. What if I’m not done reading and it’s time to write? You’ll have to save your place in what you’re reading and come back to it next time, or maybe do it on your own after school. What if I haven’t had the lesson the class is working on yet? Well, everyone gets the same lesson all together at the same time, so when it’s time to work, everyone’s had the lesson for that work. And I can’t get up to go to the bathroom without raising my hand and asking? That’s right – but they’ll let you go, we promise!

The more we talked it over, the more ludicrous it seemed to us also, given the environment that Montessori provides. Still, we went to our observation with open minds. The children seemed happy enough. The teacher was kind and engaging. They were working on a math set while we were there, counting sides of a hexagon, drawing the shape repeatedly in columns on a worksheet, coloring it yellow (the hexagon tangrams they used were all yellow), and writing six in the next column showing the number of sides for each hexagon they drew. About five minutes after we got there, the teacher stopped that lesson and had the class move to a story rug to work on some reading comprehension. This consisted of her holding up flashcards with common words (cat, hat, it, I, we, can, etc.) for the kids to say in unison three times, then the next card three times, and so on. This lasted another 10 minutes, maybe, before they moved back to their desks for a new lesson.

The teacher had explained to us that the children needed a break from the math exercise, because they really couldn’t concentrate on it for more than about 15 or 20 minutes at a time. This was the beginning of the end for us. We knew from our experience at Montessori, our daughter (and many others children in our classroom) had no problem working on a project for long periods of time, because they chose work they wanted to do and were interested in. They didn’t have to stop working because other students (who weren’t really interested in the work at hand) got restless.

In fact, this classroom’s whole day was scheduled out in 30-minute increments (or less) for various subjects. Then they lost about 4-5 minutes each time they moved from one lesson to the next as they waited for the entire class to simultaneously finish one project, move, and settle in to the next. While this allowed the children to move a little between tasks, it seems strange, having the Montessori experience to relate to, that kids who need to move aren’t allowed until it is time for the whole class to do so. And that kids that might not be ready to finish the task at hand are required to because others are, or the schedule says it’s time.

We made our decision as we walked out the classroom door from our observation that this was simply not an environment that was best for our daughter. She was clearly thriving with the Montessori method, and we didn’t see anything that seemed it would provide her with a greater educational benefit. We were happy to have the opportunity to make this decision ourselves, and know now that it really is the best choice for our family. It means we will be driving out to Middle Creek Montessori twice a day every school day for nearly the next decade, between our two children. (The charter school is less than a mile from our house – an easy walking or biking distance.) Still, the opportunity this affords them is clearly worth it for us.

On a side note, my husband and I come from the polar opposite ends of the public education spectrum: one of us easily excelled in that environment, and the other struggled to make it through. We’re both intelligent, curious individuals who love to read and have taken many opportunities to further our education outside school. But the system we grew up with, and which seems to have gone to further extremes, catered to good test-takers who don’t necessarily “learn” the information as much as memorize it for quick regurgitation on tests, while punishing those who do not test well by grading them on how they take the test, rather than how well they actually know the subject matter. Both of us have seen how the Montessori method would have made a world of difference for our own educations – for one providing a more engaging, less punitive environment that actually promotes learning, and for the other an environment that promotes actual and intentional learning, rather than simple memorization of facts without actually connecting the facts with long-term knowledge that builds upon itself. I relish the opportunity for our children to be in control of their education; to explore and learn because it’s something that they want to know, rather than something they will need to know for a test; to know that their learning, and not some arbitrary test, is both an objective in itself and a door to their future.